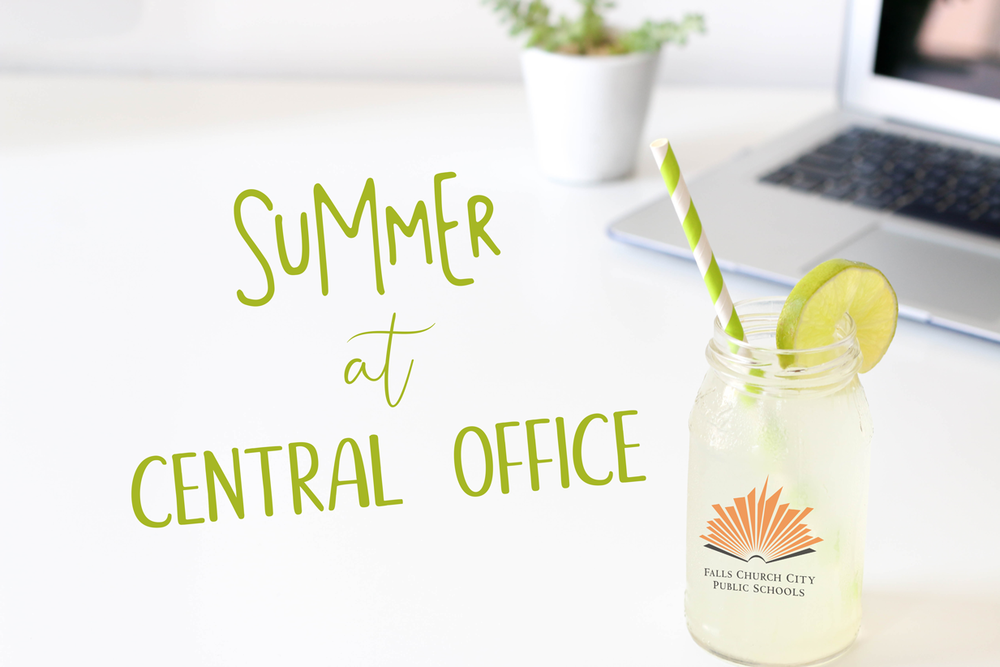 I hope you are having a great summer, and you and your family are enjoying the time together, relaxing, and revitalizing. We wanted to send a note today to let you know about some work that is happening in FCCPS, with the School Board, and upcoming events as we plan for a 9-month party with kids and teachers starting in August! Enjoy… 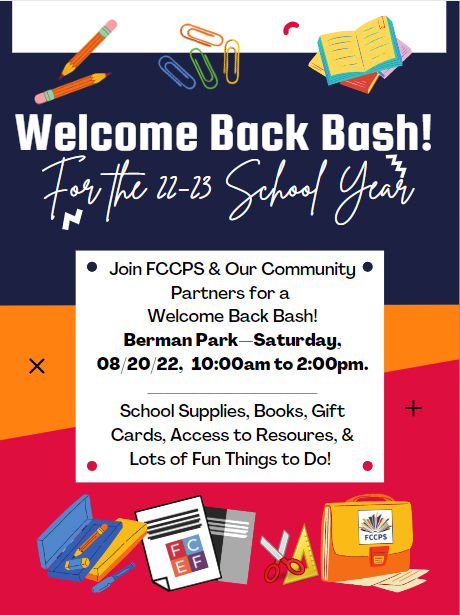 FCCPS is excited to offer a topical session series over the summer for parents. Experts will present a wide variety of topics of interest to families.

Sessions will be live on Zoom on most Wednesdays from 7:00 - 8:00 p.m. Each session will be presented live, and available on-demand on the FCCPS Youtube Channel.

Register via the FCCPS Parent/Guardian Summer Learning Series Registration Form for each session.

Last night, the Falls Church School Board continued their discussion on developing a policy to guide the annual task of School Calendar creation.  They are working on a draft policy and continue to seek your input.  The board also received an in-depth briefing on School Safety & Security at FCCPS in light of the recent school tragedies in our country.

This week we celebrate the 73rd birthday of Falls Church City Public Schools. In response to the myth that the City & FCCPS were founded so that our founders wouldn’t have to integrate schools, here is the story of the drawing of the City’s boundaries and the founding of the City.

During and after WWII many families came from across the country to Falls Church to work in the federal government. They were excited to be moving from Oklahoma, Chicago, and other places to the nation’s capital. Upon arrival, they were disappointed to discover that their new town, just 10 miles from Washington DC, was segregated, rural and not nearly as nice as those they came from.

The original racist sin of line-drawing occurred in 1887 when Falls Church was a Town in Fairfax County. As a magisterial district the town boundaries included the area in a 1-mile radius around The Falls Church Episcopal that had grown organically since the 1700s. The 1880 census shows that there were 3,281 people in the larger town. It included Tinner Hill, Annandale Rd. area all the way to 7 Corners, and parts of what is now Greenway Downs. The people living in this area were majority Black. Freddie Foote, Jr, a wealthy Black landowner was elected to the Town Council serving between 1880-1889. In 1887 the White members of Town Council, possibly realizing that more Black men could be elected because of the large Black voting bloc on the Southwest side of town voted to retrocede the Black portion of town. As a result, the town lost many acres and many people. The 1890 census shows a smaller population (3257). The boundaries that were drawn at that time are essentially in place today.

The 1940’s new residents were disappointed in the quality of Fairfax County Schools  and decided to do something to improve their children’s education. When they learned that they could petition the state to turn their town into a City and create a better school division, they decided to try it. To become a City they had to have 5,000 residents. The town founders reached out to the previously retroceded neighborhoods to see if they wanted to return to the Town and join the City. Most were not interested in returning after their families had been treated badly 60 years before.

In the end, Fairfax County was willing to allow Falls Church to become a City, but insisted that the area would be limited to the 1887 town boundaries. Falls Church became a City in 1948 and the School Division was chartered in 1949.

Many founders of the City wanted to integrate the schools, and FCCPS was the first division in Virginia to voluntarily integrate, but it took 13 years to accomplish that goal. In an oral history interview that Nikki Graves Henderson conducted with Jessie Thackrey she asked why it took until 1962 for the schools to integrate. Mrs. Thackrey’s answer was enlightening - and it was another statewide issue.The Byrd Machine in Richmond would not have provided state funding if the schools had tried to integrate. Without funding the schools would have had to return to Fairfax County. They had to focus on getting things started.

The story of how FCCPS came to the decision to integrate the schools is very dramatic, and the Falls Church News-Press published two excellent articles in 2005 when Mary Ellen Henderson Middle School opened.

At the intersection of Hillwood Ave. and S. Washington Street, the brand new City Transit Plaza is opening. Check out the panels that tell a well-researched, more detailed story of the City’s full history.

That’s all for this month!